The alley of Bizi is one of Corfu’s most beautiful and well-known tiny alleyways. Locals love Bizi’s alley, which is lined with charming bistros, galleries, and cafeterias. The street is known as “Alley of Bizi” or in Greek “Kantouni tou Bizi”; despite the fact that the actual name of the street is Maniarizi-Arlioti. The noble family who occupied house number 22 gave the neighborhood its name. 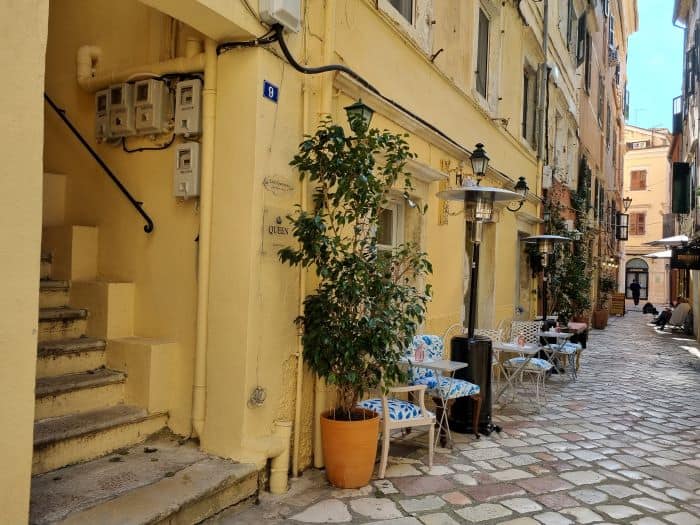 A Stone-vaulted arch with a carved stone head, a Venetian-influenced ornament, is clearly visible in the present day. With its distinctive vaulted arches, aristocratic families that supported their construction were able to show off their power and riches in the old town’s houses. 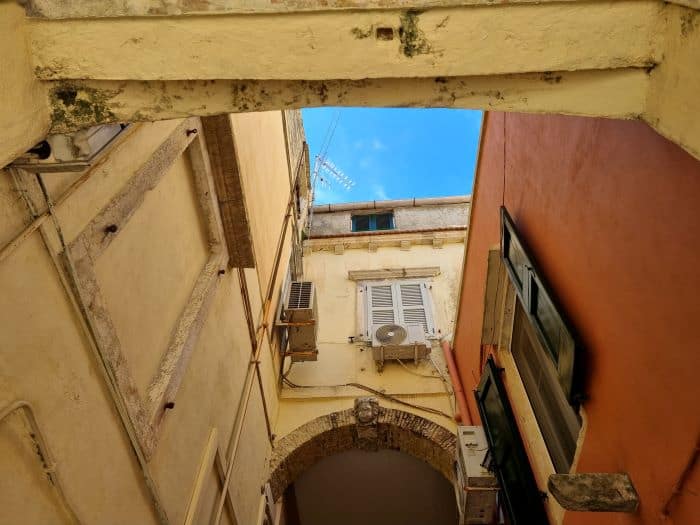 The building was constructed in the 16th century, with expansions added in the 17th and 18th centuries. The mansion belonged to the Chalikiopoulos family, and the relief coat of arms of the family can still be seen on the internal side of the exterior door. 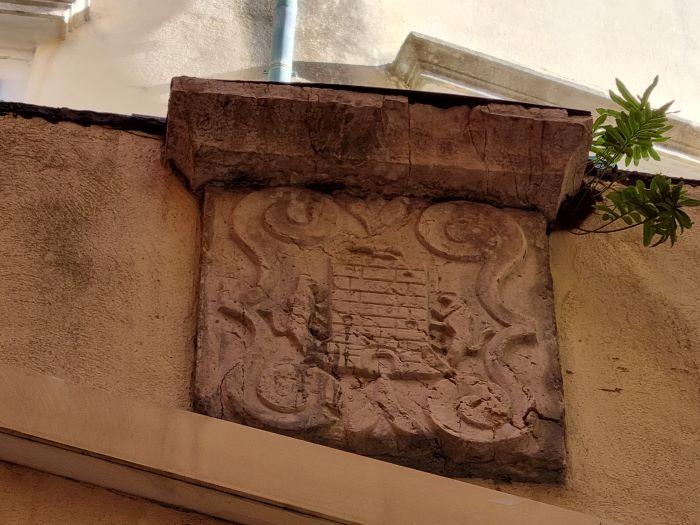 In 1672, the Chalikiopoulos family was already included in the “Libro d’Oro di Corfu” as one of the 122 noble families. Each aristocratic family had its own coat of arms which were readily visible. The Libro d’Oro or Golden Book is an official directory of nobility in the Republic of Venice, including the Ionian Islands that was produced between 1315 and 1797. The aristocratic families and their cadet branches are listed in the Libro d’Oro.

The family of Chalikiopoulos, which includes the Archpriest Georgios and the composer of the Greek National Anthem, Nikolaos Chalikiopoulos-Mantzaros, has made its mark on the history of Corfu. 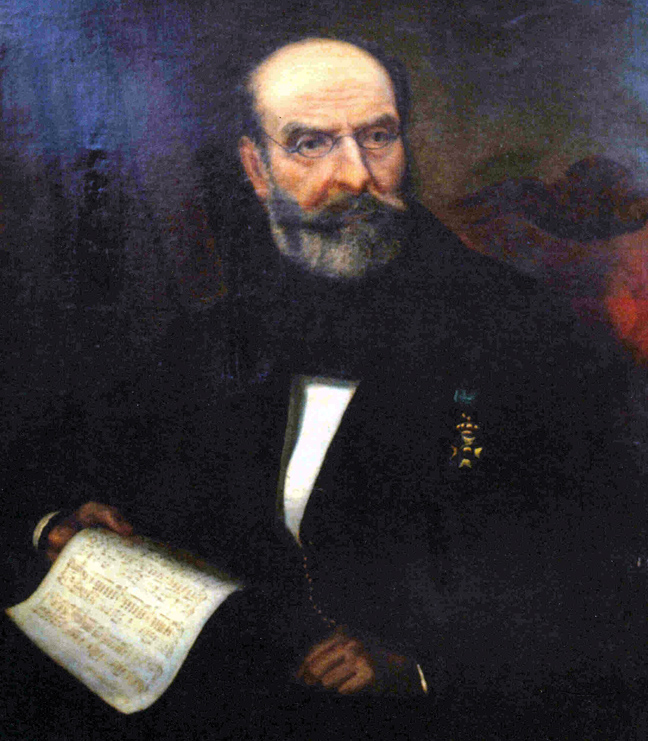 Stilianos Chalikiopoulos, a member of the Chalikiopoulos family, participated in the naval battle of Lepanto in 1571. The Venetian government also paid tribute to him for his service in the navy. Although it is unknown whether he was awarded an honorary title, we know that his descendant Nikolaos Chalikiopoulos-Mantzaros, who was born in 1795, inherited the title of Knight, namely Cavalier. Also known facts indicate that he was allocated exploitation plots surrounding the lagoon in the area of today’s Airport known as “Chalikiopoulos lagoon.” 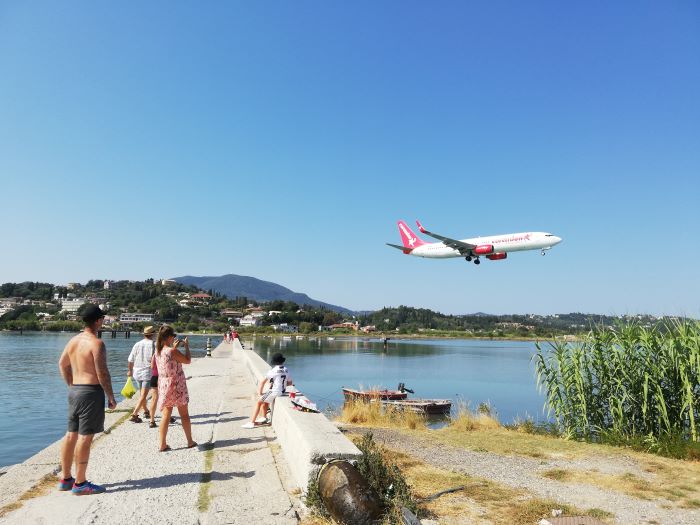 The building was passed down to the Bizi family in the early twentieth century, hence the alley’s name. During renovations on the first floor, a hatch was discovered that led to the bottom floor-basement verifying the Sagrado’s existence. A sagrado is a small subterranean chamber that was generally found in the basements of mansions and was utilized as wine cellars or storage facilities. 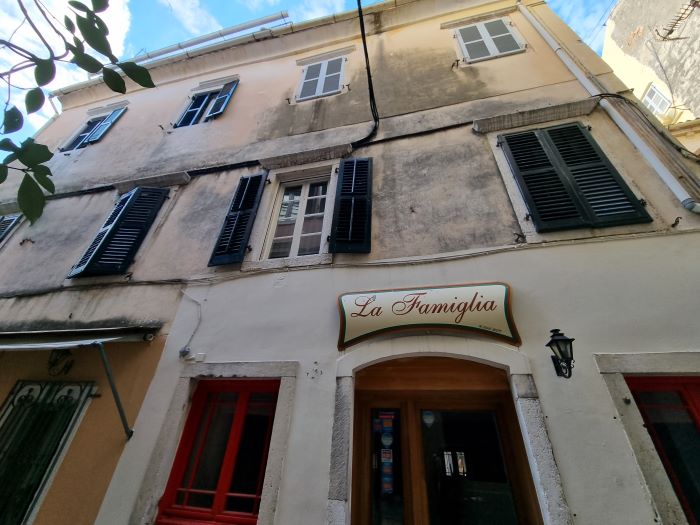 Marble coats of arms, carved cornices above and surrounding front doors, and marble, carved balconies were all popular architectural features in Venetian mansions in Italy in that period. Also, if you look up at the wooden ceiling beams via an open window, you can tell that the house belonged to a wealthy family, as the wooden ceiling beams in poorer buildings are flat and devoid of decorative details. 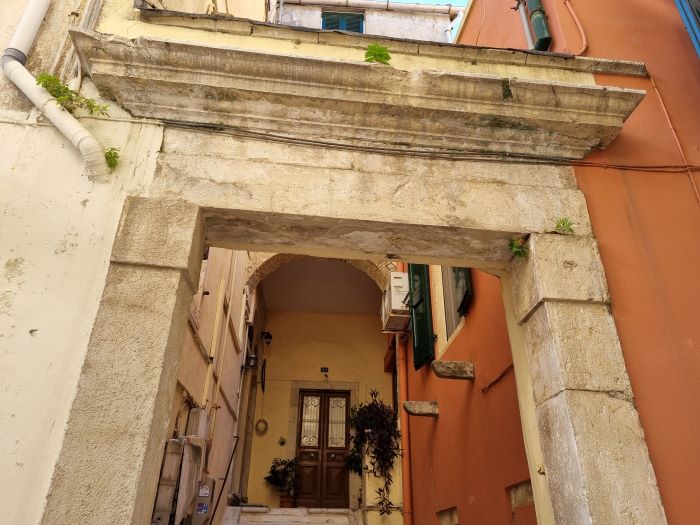 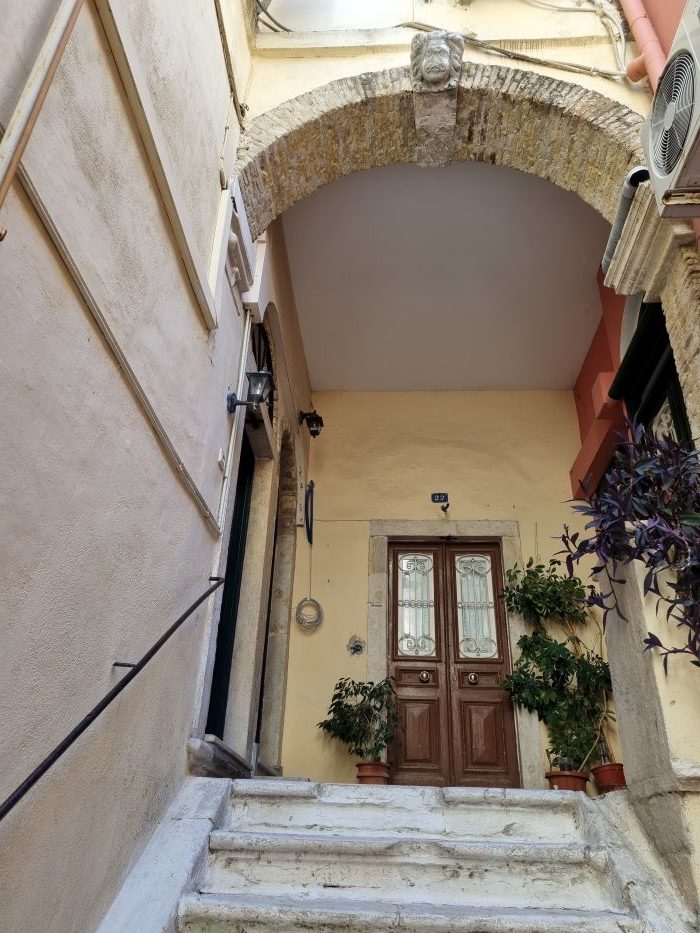 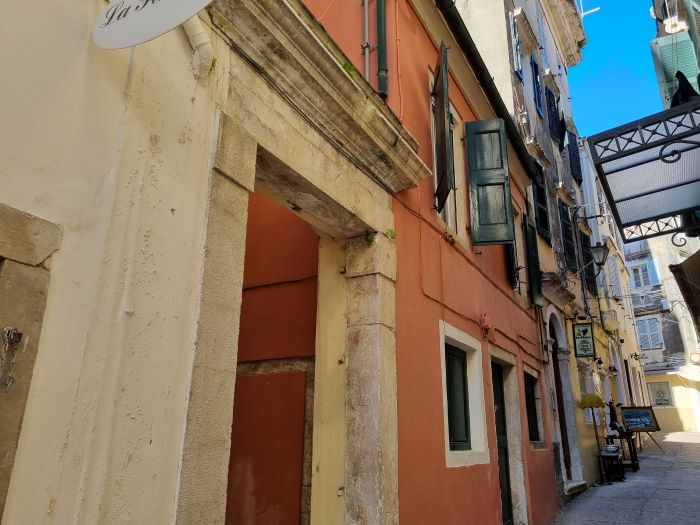 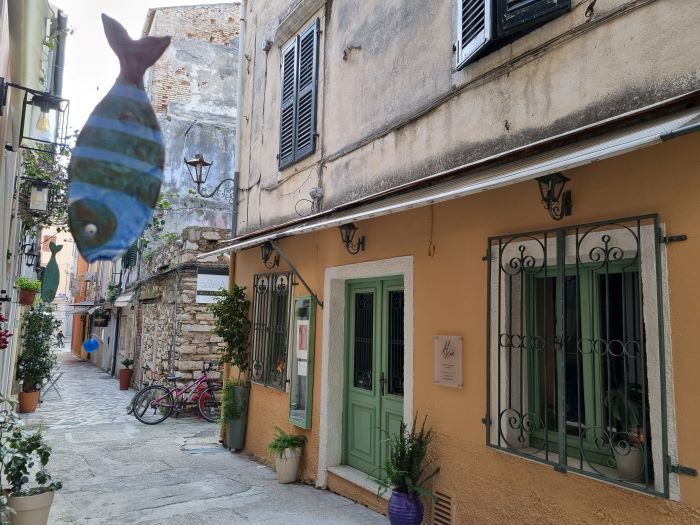 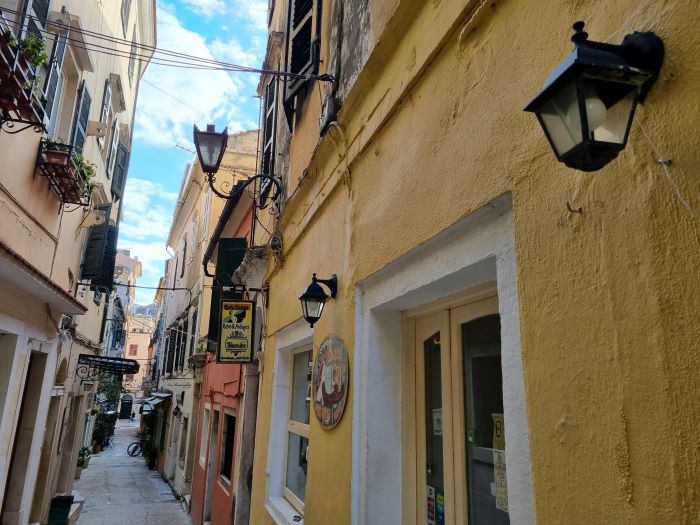 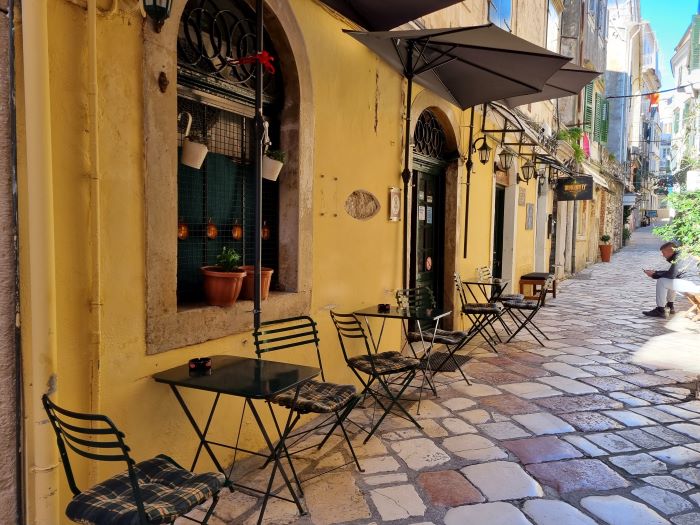