It is said that Sir Walter Raleigh brought potatoes to Elizabethan England, and in 18th century France, Antoine-Augustin Parmentier is associated with their cultivation, while in Greece, thanks to Ioannis Kapodistrias, this vegetable became popular shortly after the 1821 Revolution.

The potato has been for decades one of the most important foods. It was brought to Europe around the time of the Discoveries from South America, during the 16th century.

According to historical documents, Native Americans living in the Peruvian and Bolivian Andes had known the potato for around 4,000 years before this tasty bulb came to Europe. A receipt dated 28 November 1567 from a potato exporter from the Canary Islands to a merchant in Antwerp is the first documented proof of the importation of potatoes into Europe.

From the very first moment, the new plant gained the interest of European farmers, who noticed that it would be much easier to grow and produce a much larger crop than wheat and oats. By 1650, it had influenced the Irish diet and had replaced cereal crops to a large extent. The Irish colonists were also the first to introduce the potato to North America. 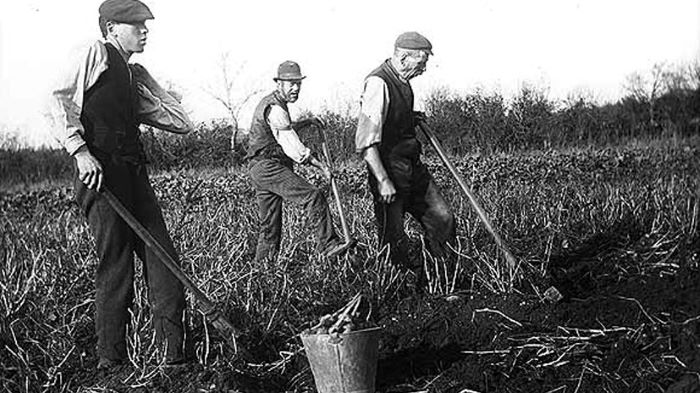 Potatoes had become quite popular in France and the surrounding countries by the end of the eighteenth century. We had to wait in Greece for the end of the Revolution and the arrival of Ioannis Kapodistrias, the first Governor, to make the potato known. During his travels in Europe, Kapodistrias had tasted it and considered it a basic and nutritious food for the wintering Greeks of the post-revolutionary years. Potatoes were first cultivated in the region of Tiryns on a small scale, as an experiment. During the difficult years of the World Wars, the cultivation of potatoes was very essential as it fed and kept many people alive. The potato is now in Greece one of the population’s basic diets.

Who was Ioannis Kapodistrias?

Count Ioannis Kapodistrias (1776-1831) was a Greek diplomat in the Russian Empire, and then the first Governor of independent Greece. He was born in 1776, in the town of Corfu, in a house on the coastal side of Cambiello. He studied philosophy, medicine, and law in Padua, Italy. He began his medical career as a doctor in Corfu when he was 21 years old. He was a deeply liberal man and a real democrat throughout his life, even if he was born and bred as a nobleman.

In 1809, Kapodistrias joined the service of Alexander I of Russia. As an unofficial Russian ambassador to Switzerland, his first important mission was to help disengage the country from Napoleon’s imposed French dominance. He secured the Swiss independence, unity and neutrality, and successfully promoted the creation of a new Constitution for the cantons of Switzerland. In 1821, the Greek people rose against the empire of the Ottomans. Life under the Turkish yoke had been challenging, and Ioannis Kapodistrias, who was elected by the Greeks to govern their newly freed country in 1827, faced formidable industrial and educational problems, but he had a more important problem on his first arrival: food.

Kapodistrias arrived in Nafplion on January 7. It was the first time he had ever set foot on the mainland of Greece, and there he encountered a discouraging situation. Even when there was still fighting against the Ottomans, factional and dynastic tensions led to two civil wars that destroyed the country. Greece was bankrupt and the Greeks had been unable to establish a united national government.

He ushered in a new period of the state which had just been liberated from 400 years of Turkish domination. He developed education, set Foundations for young women to work and opened the first university. A major reform and modernization plan covering all fields were also initiated by Kapodistrias. He was a brilliant personality and, during the 4 years he served as a progressive and successful leader of the new state, he carried out several tasks that were more than remarkable. Sadly, he died prematurely in 1831 at the age of 55, fatally stabbed by the Mavromichalis brothers, revolutionaries who had played an important role in the Greek revolution.

Kapodistrias was followed as Governor by his brother, Augustinos Kapodistrias. Augustinus governed for just six months, during which time the country had very much sunken into anarchy. Consequently, the throne of the newly-founded Kingdom of Greece was provided to King Otto (from Bavaria). The grave of Kapodistrias is in the city of Corfu, in the Platytera Monastery. In Greece today, Kapodistrias is greatly honored.

Kapodistrias and the potatoes in Greece 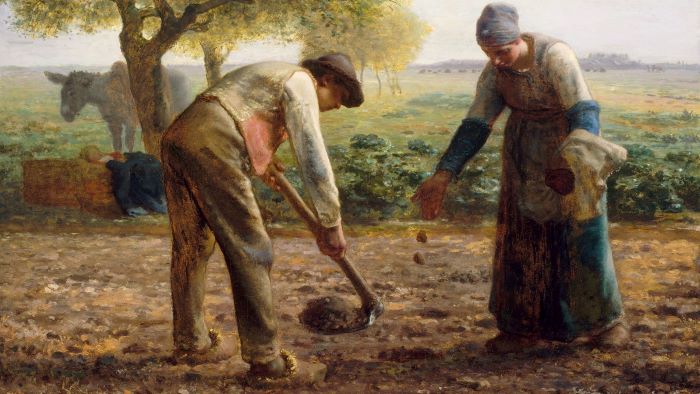 Kapodistrias re-established the local administration, and he introduced potato farming to Greece in an attempt to increase the standard of living of the population. According to legend, when he ordered a shipment of potatoes, he first ordered them to be given to anybody interested. The potatoes, however, were met by the farmers with indifference and the entire scheme seemed to be failing. Kapodistrias, however, understood the psychology and moods of his compatriots very well and imitated Frederick the Great of Prussia, who had used similar strategies. Kapodistrias ordered that the whole shipment of potatoes be unloaded on the docks of Nafplion for public display and put guards around them. Soon, rumors spread that the potatoes had to be of great value for them to be so well guarded. People would come to look at the potatoes that were so important and some would soon attempt to steal them. The guards were told to turn a blind eye to such behavior, and in the end, all the potatoes were “stolen” and Kapodistrias’s project of bringing them to Greece had succeeded.

While many claim that Kapodistrias introduced potato cultivation in Greece, there are scripts that tell us that potatoes were grown in Greece before Kapodistrias had brought them. For example, the publications in the ‘General Gazette of Greece’ of the Irish agronomist Stevenson, who came to Greece in 1828 and who contributed significantly to the spread of numerous agricultural crops and tree plantations, are concerned with the spread of the potato.

What is written about the Greek agronomist Greg Paleologos also concerns the spread of the potato. He was the director of the Tiryns estate, which grew potatoes there in 1830. Earlier, in 1817, the English traveler HW William, who made a trip to the Ionian Islands and Greece’s mainland, returning to his homeland traveled through Zakynthos and noted: “There I saw the first signs of civilization: potatoes, fresh butter and gallows!” 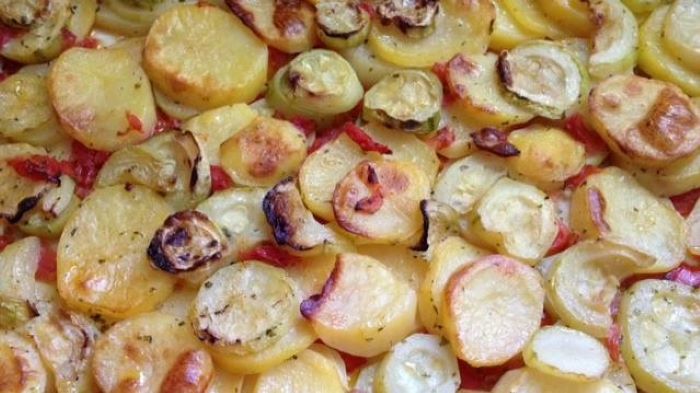 We are very thankful to whoever introduced the potatoes to Greece since it is one of our favorite foods and a very common ingredient of tasty Greek specialties like mouzaka, skordalia (potato and garlic dip), patates yachni (potato stew), patates plaki (potatoes cooked in the oven with tomatoes, onion and herbs, sometimes also with fish), lemon roasted potatoes, patato-keftedes (potato fritters), patato-salata (Greek potato salad with boiled potato chunks, olive oil, mustard, yogurt, or mayonnaise), oven-roasted potatoes with lamb, chicken or bifteki (burger) and many more!