With its stunning landscapes, Corfu often drew more than its fair number of artists and poets. In 1877, the popular Irish poet Oscar Wilde visits Greece, starting with his arrival on the island of Corfu. There, on the mountain “Agioi Deka”, he writes the poem “Santa Decca” titled after the mountains’ name, which means Ten Saints. 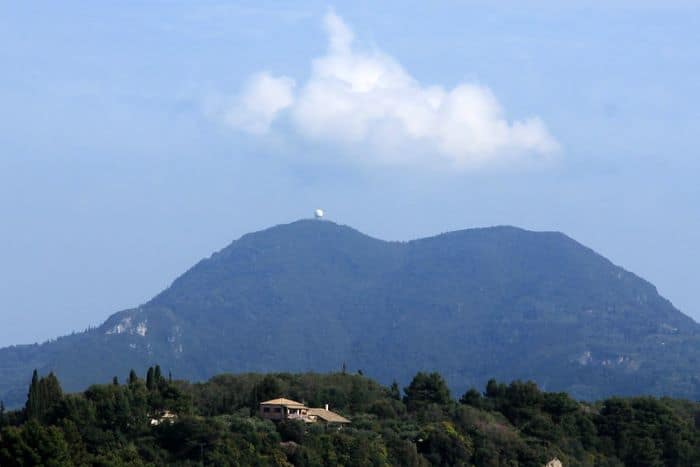 The Agioi Deka Mountain is situated in the southern part of the island and stands at a height of 576 meters. The view from the top of the mountain is impressive, overlooking the town of Corfu. Its name derives from the homonymous village built on its slopes. Agioi Deka is mentioned in historical documents in 1503. It is a typical village in the countryside of Corfu, with many old houses built in the traditional architecture of the island. The history of the village of Agioi Deka is directly interwoven with the island of Crete. During the siege of the Arabs in 823, many Cretans abandoned their island and emigrated to different regions of Greece. Some of them went to Corfu to bring the icon of Agioi Deka with them. The icon portrays the ten martyrs who had suffered in Crete during the period when the Roman Emperor, Decius, was persecuting Christians. They have settled in this area, and they have established this village. The church of the Holy Ten Martyrs located in the village gave the village its name.

Oscar Wilde (1854-1900) was an Irish novelist, poet, dramatist and critic. Nowadays, he is best known for his book “The Portrait of Dorian Gray”. His parents were famous Dublin scholars with English origins. At university, he was engaged in classical studies, proving his tendency towards Classicism from an early age. He is known for his participation in the growing Aesthetic Movement, which was created by two of his teachers. After university, Wilde moved to London to enter the upper academic and social circles. Popular for his elegant looks and clever dialogues, Wilde became one of the most famous personalities of his day.

When he was a graduate of Trinity College, his interests turned to Catholicism. He became acquainted with a community of Jesuits based in the north of Dublin and started attending Catholic Masses.

The story of Oscar Wild’s affair with Catholicism begins in Ireland. In the summer of 1859, his mother, Jane Wilde introduced her sons to Catholic prayer while on holiday on the southern coast of Ireland. 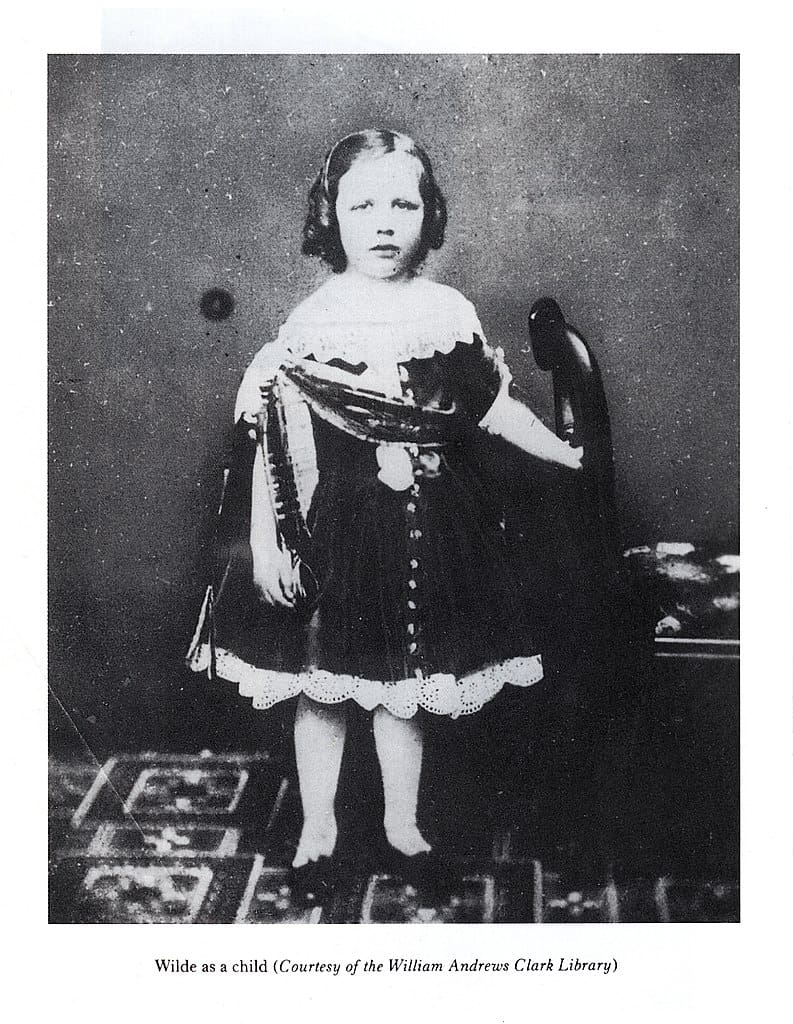 But his father, Sir William Wilde, in the hope of extinguishing his son’s theological interest, felt that it was good to send Oscar to Oxford; he could not have known that the conversion to Catholicism was rife among Oxford students and scholars.

Wilde studied at Oxford Classics, where his ‘Roman fever’ increased. For the most part, Wilde saw Catholicism as an admiring outsider; he lacked the financial freedom to convert against his father’s wishes, and he understood that, if he converted to Catholicism, he did so at the risk of being cut off and disinherited.

When his Protestant peer Ward was in Rome, Wilde encouraged him to accept the spirit of Catholicism. While Wilde was not free to feel all this for himself, he was comforted by the fact that Ward may have lived the dream for him.

He had intended to spend Easter in Rome, but on account of troubled finances, he had all but given up on the plan and sent his apologies to Ward. But another close friend, David Hunter-Blair, took pity on Wilde and gave him £60 so that he could go to the Holy City.

Hunter-Blair himself was a Catholic convert and wished that the climate of Rome would lend Wilde the strength to fully devote himself to Catholicism. In the company of John Petland Mahaffy and George MacMillan, Wilde made his way to Genoa and set out to travel directly to Rome. But Mahaffy had another plan in mind. Realizing that his former student was on the verge of conversion, Mahaffy intervened by persuading Wilde to look to Greece instead of traveling to Rome.

On Easter Sunday, April 1, 1877, Oscar Wilde and his tutor Mahaffy arrived in Corfu. His lecturer, who had visited Greece for the first time two years earlier, intended to avoid Wilde’s conversion to the Roman Catholic Church.

Mahaffy, a Christian Protestant in faith, claims that the sight of the Acropolis, the contact with the Olympian sanctuary and the visit to Mycenae, where they would have the chance to see Schliemann’s latest discoveries, would help the twenty-three-year-old Oscar to develop pagan views, and that this would “save” him from Roman Catholicism. This travel was not Oscar’s first experience of Greek culture. His mother had learned Greek from a very young age. After her husband’s death, she used to sit in the living room of the house on Merion Square and read loudly in Greek. Three years before his trip to Greece, Oscar was awarded a prize in ancient Greek while he studied at Trinity College in Dublin. He says, “I was almost 16 years old when I began to realize the miracle and beauty of ancient Greek life”. As a lover of the classics, Wilde could not resist the chance to travel to Greece and was eager to follow Mahaffy, considering the risks involved. 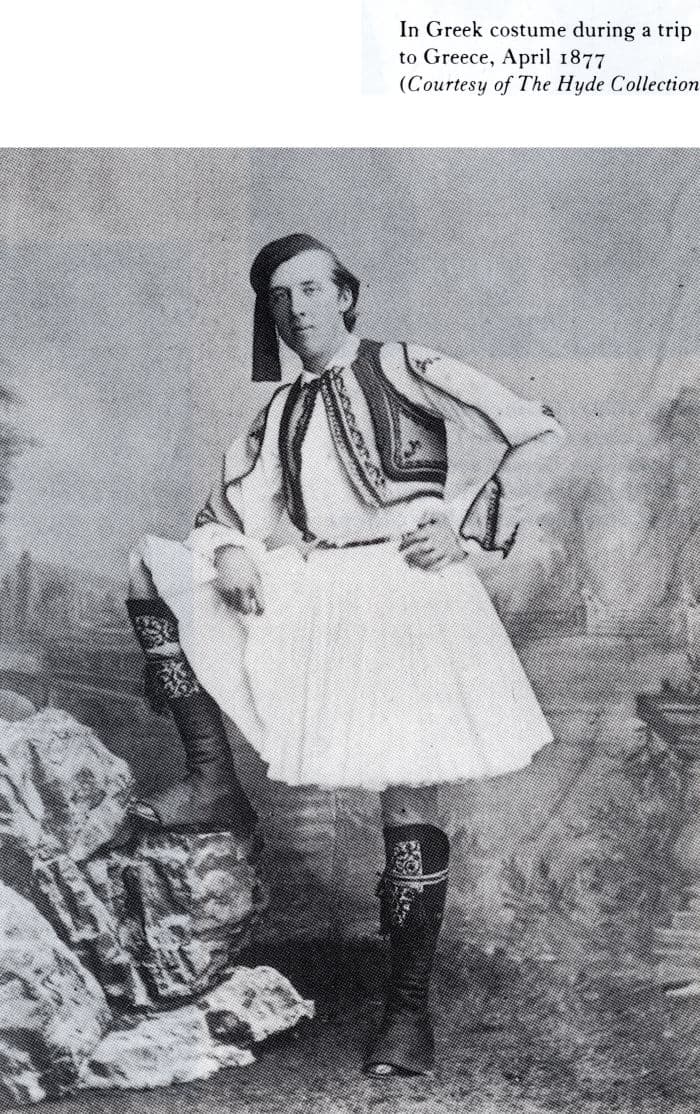 At dawn, Oscar and his professor Mahaffy woke up and saw Corfu in front of them. Oscar Wilde walked around Corfu and its villages and wrote a poem about a village there. His source of inspiration was the village of “Agioi Deka” (Ten Saints), where he wrote the poem of “Santa Decca”, which first appeared in Wilde’s 1881 anthology. In Santa Decca, Wilde is reacting to Greece, starting with his arrival on the island of Corfu. The poem ends with a postscript referencing Corfu, and the title of the work is named after the mountain of Agioi Deka. 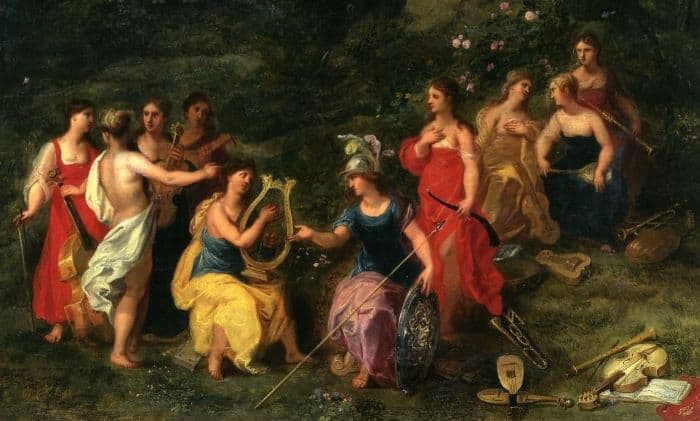 “The Gods are dead: no longer do we bring
To grey-eyed Pallas crowns of olive-leaves!
Demeter’s child no more hath tithe of sheaves,
And in the noon the careless shepherds sing,
For Pan is dead, and all the wantoning
By secret glade and devious haunt is o’er:
Young Hylas seeks the water-springs no more;
Great Pan is dead, and Mary’s son is King.
And yet–perchance in this sea-tranced isle,
Chewing the bitter fruit of memory,
Some God lies hidden in the asphodel.
Ah Love! If such there be, then it were well
For us to fly his anger: nay, but see,
The leaves are stirring: let us watch awhile.”

Santa Decca releases a mournful catalog of Pagan gods that have been replaced by Christianity. The knowledge that there is no one to carry on the rites of ancient Greek religion is saddening for Wilde; with four terms, he dramatically pronounces the death of ancient gods. While Wilde was greatly influenced by Catholicism at Oxford, his poem deals with the rise of Christianity, but does not rejoice in its coming. 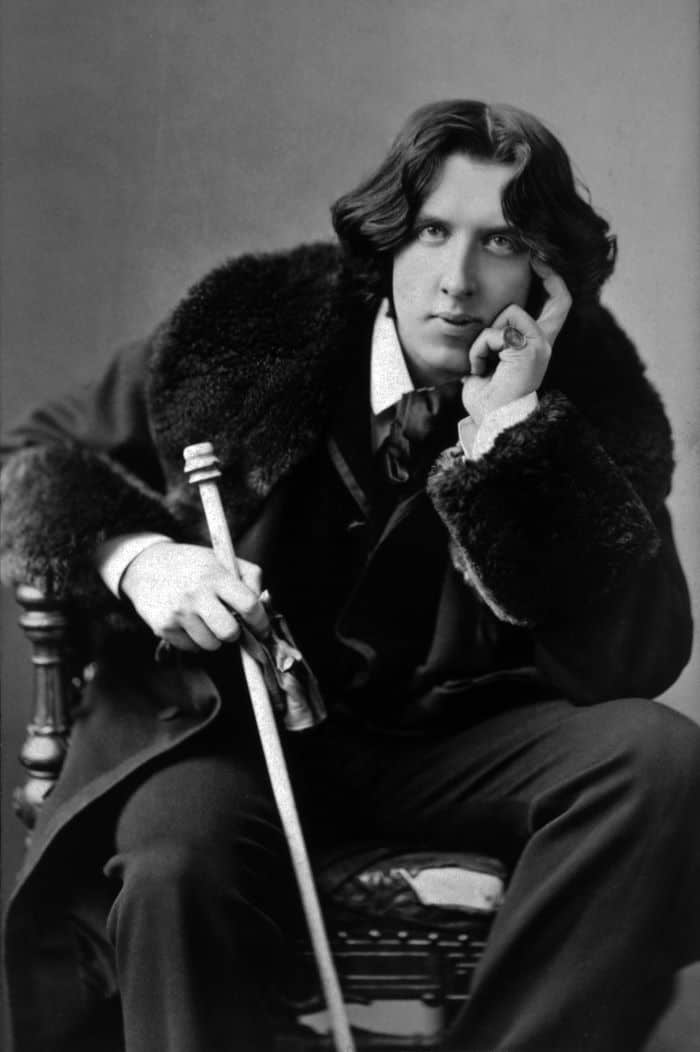 As soon as he reached Corfu, Wilde turned his attention to the Pagans and was moved to ask whether the ancient gods had to disappear and whether this loss could be regained.

In the vein of the Romantic Hellenic rebirth, the second stanza entertains the notion that one of the Ancient gods stays hidden ‘in the asphodel,’ chewing the bitter fruit of memory. There is hope that ‘some god’ might unexpectedly appear before the traveler as he wanders around the ‘sea-tranced isle’. The thought of watching and waiting for the Pagan god to rise from the dead means that Christ is not enough for Wilde. Based on the Oxford letters, we know that the young man who traveled to Greece spent many years agonizing about his loyalty to Catholicism; this poem confirms that his commitment to Christ and to Catholicism was unstable. Christ may be the God and the King that modern man worships, but the poet in Wilde is not fulfilled. He refuses to let the Greek gods go and resents the fact that the arrival of Christ has caused the ancient gods to die or hide from the earth. That said, Santa Decca does not support the denial of Christ; it is more reflective of Wilde’s desire for a link with both the Christian and Pagan traditions. It’s the lament of a contemporary romantic who despairs, because the ancient ways have gone and remain only in the mind.

From Corfu, Wilde sailed past the Ionian Islands to the mainland port of Katakolon, which is now believed to be the gateway to Olympia. At the time of Wilde’s holiday, German archaeologists unearthed the original site of the Olympic Games. Shortly before his death, Wilde had formally modified his religious views and had been baptized a Christian Catholic.