Kassiopi, located at the foot of Mount Pantokrator, is a picturesque seaside village with a population of roughly 1000 people. The settlement is located 36 kilometers northeast of Corfu Town, near the Albanian coast and the Albanian city of Saranda. The history of the island was heavily influenced by its closeness to the mainland. The village of Kassiopi was named after the ancient Greek god Kassios Zeus. There are two theories on the origins of ancient Kassiopi. Pyrros, King of Epirus, moved residents from the city of Kassiopi of Epirus to make his military operations in Italy more efficient, according to one theory, while another suggests that the city was founded by refugees from this city after it was destroyed by the Romans, but many people believe that Kassiopi has been prospering since Homer’s time. 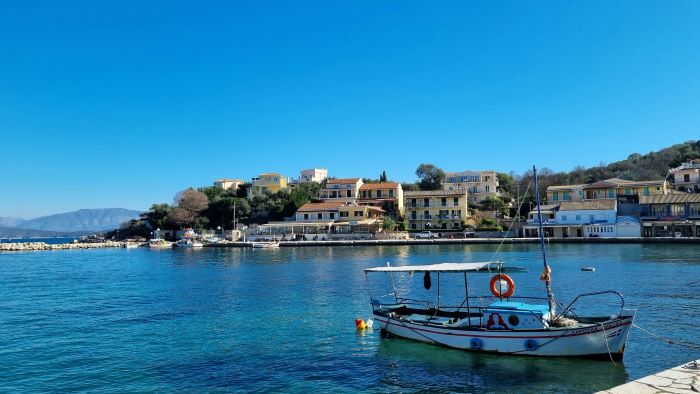 For many centuries, Kassiopi thrived due to its strategic location on the sea route and because of the Kassios Zeus Temple, which was the island’s most prominent religious landmark at that time. It also became a popular destination for rich Romans, like Cicero, Ptolemy, and even Emperor Nero. 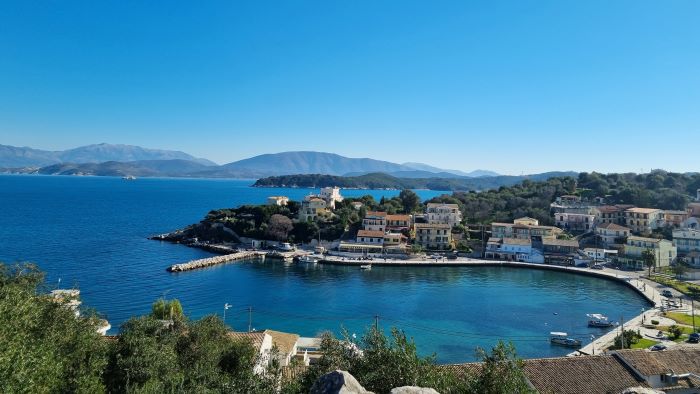 Some people think that the ancient city’s core was around the church of the Virgin Mary Kassopitra, where it is also suggested that the sanctuary of Zeus Kassios may have been placed. Since its inception, the church has undoubtedly experienced several changes. Two distinct building periods may be clearly discerned in the present day. Venetians reconstructed the building in 1590, after a Turkish assault in 1537 destroyed it. The restored fresco remnants date back to this time period. An entirely new wooden roof was put in place after 1670, during this time additional improvements were also made. 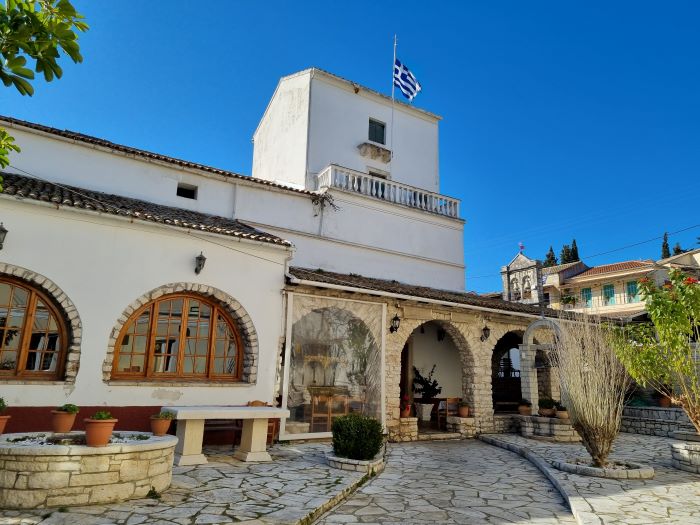 The church, which was built on the ruins of the old temple of Kassios Zeus in the third or fourth century A.D, has been adored since the Venetian era for its miraculous icon of Virgin Mary. 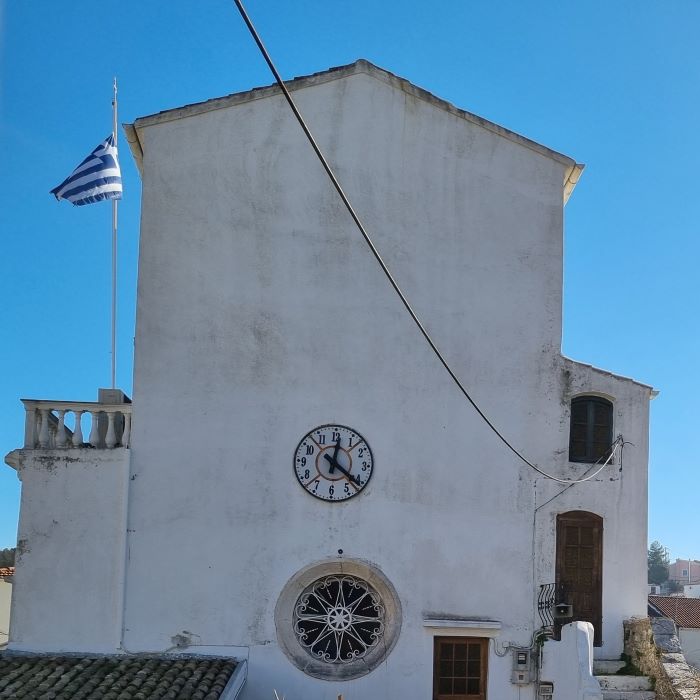 This icon is still in the church today. On May 18, 1530, a miracle occurred here. A few days earlier, in Corfu Town, a little boy named Stefanos was unfairly accused of stealing flour and the Venetians punished him by having his eyeballs removed. Stefanos then settled in Kassiopi with his mother, seeking asylum from the priests of the church of Kassopitra. They were permitted to spend the night in the church.
During the night, as Stefanos was sleeping, he felt two hands touching his eyelids that woke him up. When he opened his eyes, he saw a woman, who was praying in front of the icon of the Virgin Mary. He immediately woke up his mother shouting that he could see again. At first, she didn’t take him seriously but then she saw her son looking at her with his new blue eyes in the place of the brown eyes he had before they were removed. 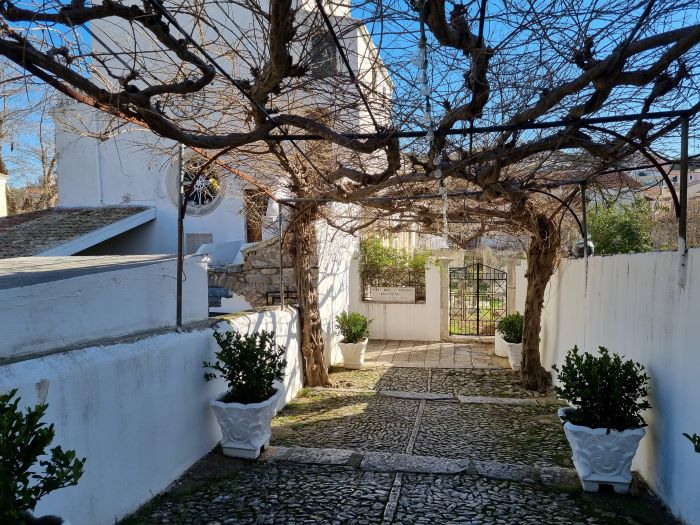 This happened a few years before Kassopitra’s church was destroyed by the fleet of Sultan Suleiman I the Magnificent that invaded Corfu in 1537 under the command of Barbarossa. Only the walls of the church remained intact when the roof fell. The church was littered with rubble and all valuables had been taken, leaving just the a few icons on the walls for decoration. Fortunately, the miraculous icon of the Virgin Mary remained, complete with silver votive offerings. In an attempt to remove the votive gifts, a Turkish soldier touched the icon and was blinded, so the rest of his comrades stayed away from it. 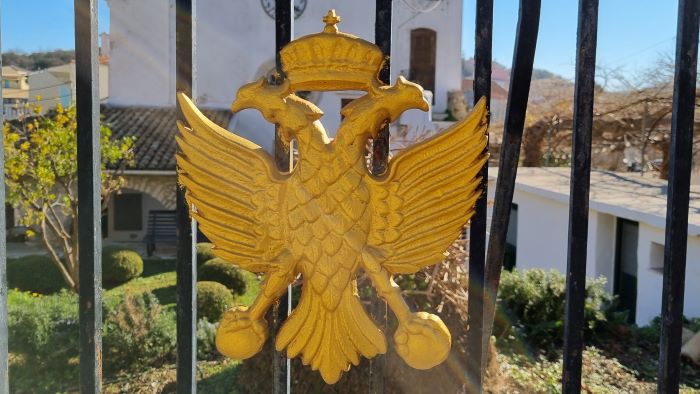 Although a great city during Roman and Byzantine times, Kassiopi was abandoned by its inhabitants and remained deserted for centuries, the church did not cease to function. Today the signs of this timelessness of the monument are clearly seen. Externally, the church has the appearance of Catholic churches that overtook the country in the 16th century after its reconstruction by the Venetians. Internally it bears Byzantine frescoes of the 11th and 16th century. 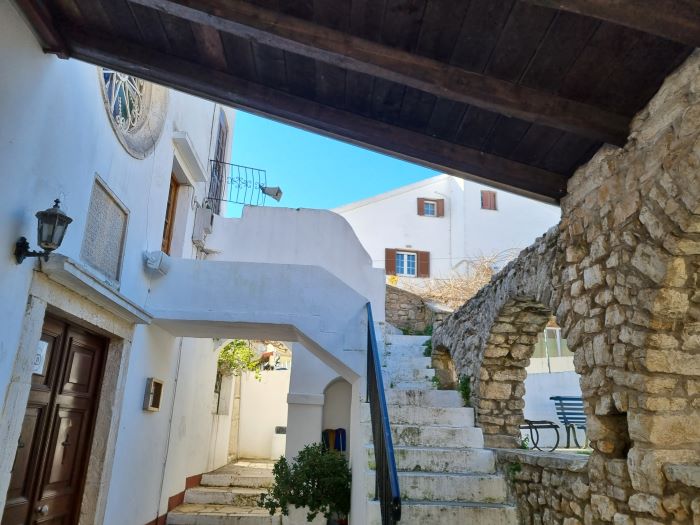 Across the church’s belfry is the way that leads to the castle of Kassiopi.The castle’s main entrance can be accessed via a small passageway. Before the Venetian era, the island was guarded by three Byzantine-period fortresses, including Kassiopi Castle. 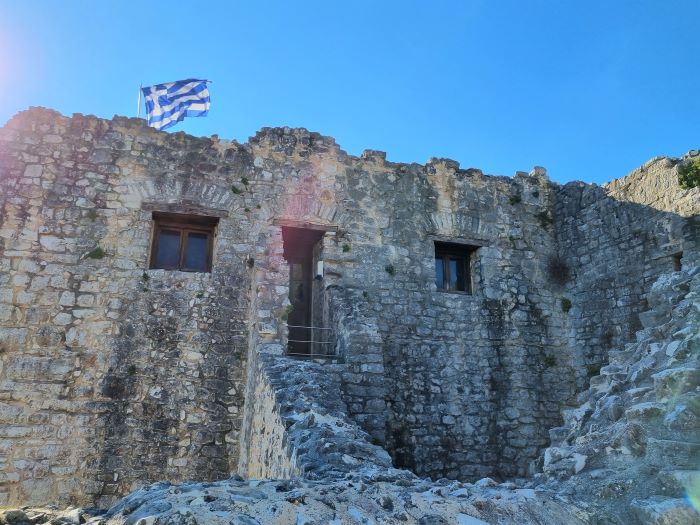 Because of its viewing position and increased strategic importance, the fortress on the north-eastern shore of Corfu was a major military asset before the Venetian occupation. Ceramics from the 4th to 7th century A.D. were discovered during excavations in the castle. We might infer from them that a Byzantine fortress was erected in the region about 600 A.D., which would put its construction hundreds of years earlier than the current estimate.

The Angevins seized control of the castle in 1267, and the Venetians eventually conquered it in 1386 after a brief standoff. Fearing it might be taken by their enemies or the natives and used against them, the Venetians demolished it. Because of that, when the Turkish sieges of Corfu took place in 1537 and 1716, those who could not flee from the village were either killed or enslaved. 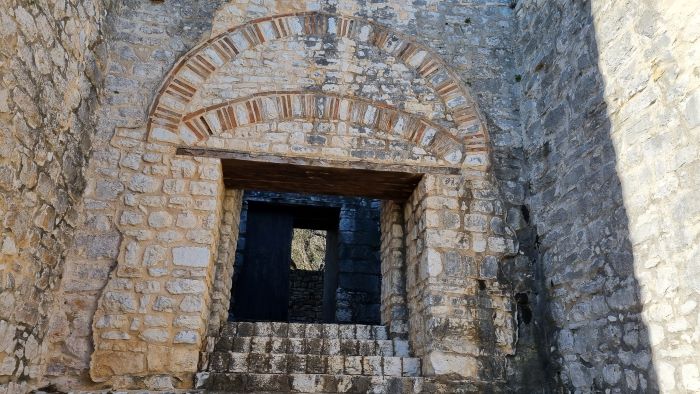 A century after the castle was destroyed and the settlement was abounded, folk stories began to circulate of a fire breathing dragon, who destroyed the castle and poisoned the residents of Kassiopi.
Those who had escaped the dragon’s attack left the area in order to hide. People who were not familiar with military weapons like black powder and explosions are said to be the originators of this legend. 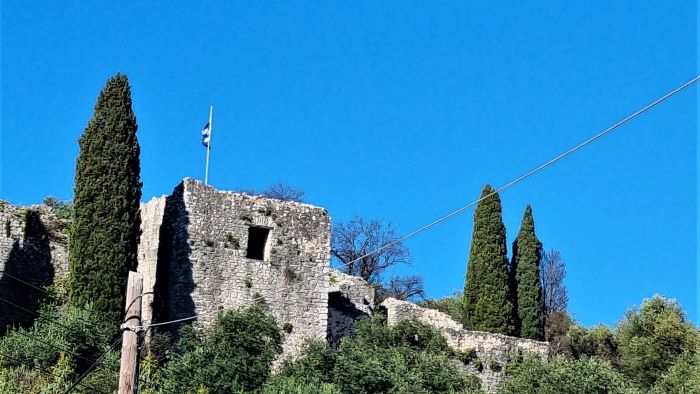 It wasn’t until 1716, after a second big siege, that the Venetians decided to restore the castle, despite the fact that the local people had already relocated to Mount Pantokrator and other settlements. The perimeter of the castle is 1,073 m, and the main gate is defended by fore-walls. The inside of the castle covers 35,177 square meters and is completely deserted, save for olive trees. Although the castle’s main tower has been demolished, the main gate still stands, and it is flanked by two massive towers. From the castle there you can get an amazing view over the port of Kassiopi. 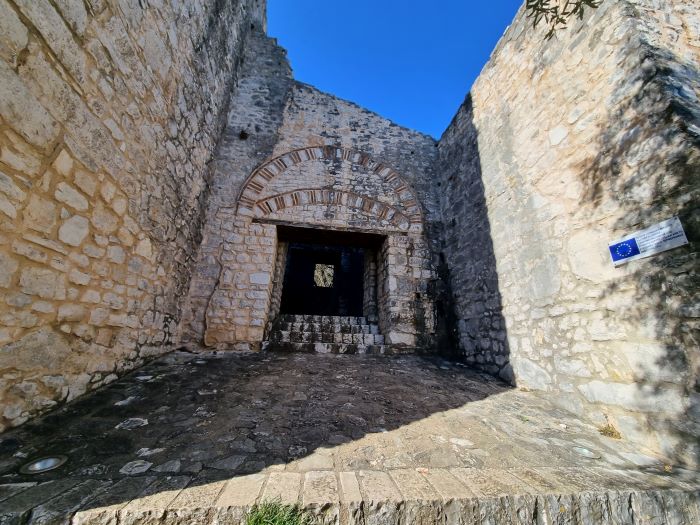 To get around in Kassiopi, you have to get to the water, and the port, in particular, seems to be the place to be. Small boats from all across the island are moored throughout the summer months. The port of Kassiopi is located in a tiny natural harbor, protected from the north winds by two short quaysides. In the center of the harbor, divers claim, there is a freshwater spring and not far offshore there is an island with a well that ships may use to restock their water supply. 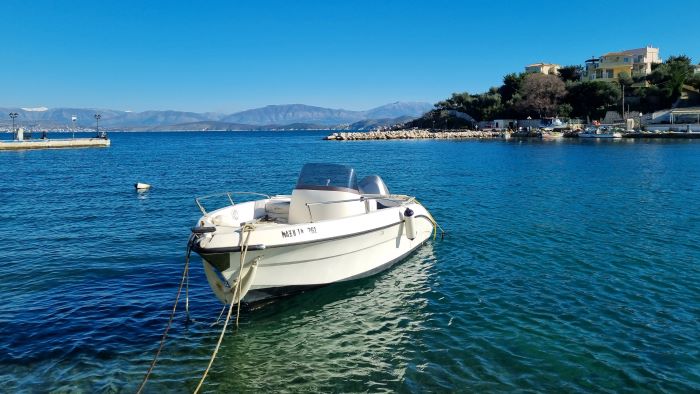 For years, the quayside and the esplanade encircling Kassiopi have served as the center of the village’s social life. Many people love wandering around the waterfront in the cooler evenings to meet up with friends and neighbors, and there are several pubs and restaurants nearby that provide shade. Pathways from the dock lead to wonderful pebble beaches in little secluded coves all around the vicinity. As you make your way around the headland, you’ll be able to see these beautiful bays. Kassiopi offers a large range of dining options, including tavernas and small pubs, as well as souvenir stores and a wide range of accommodation options. 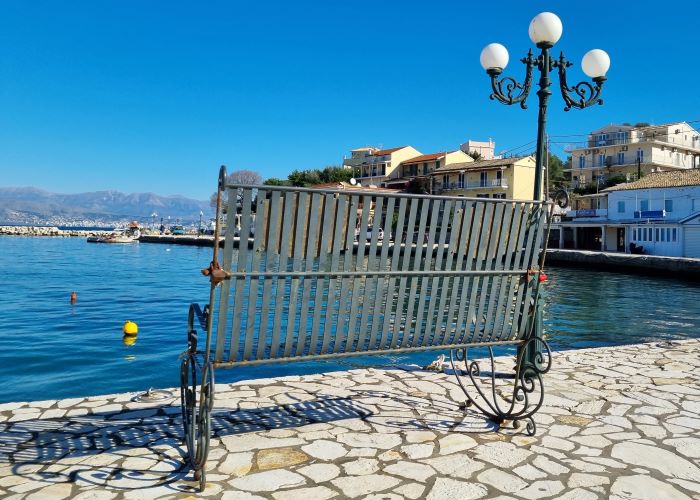 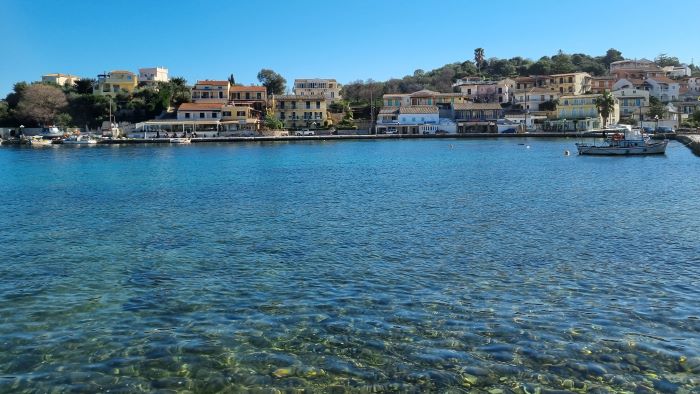 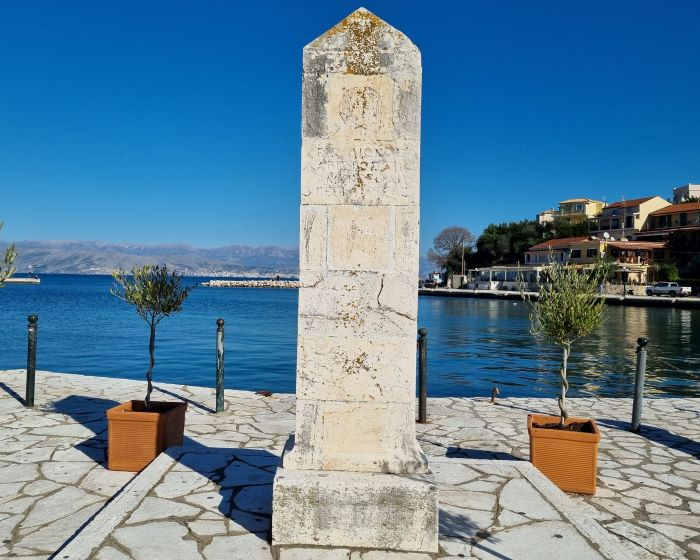 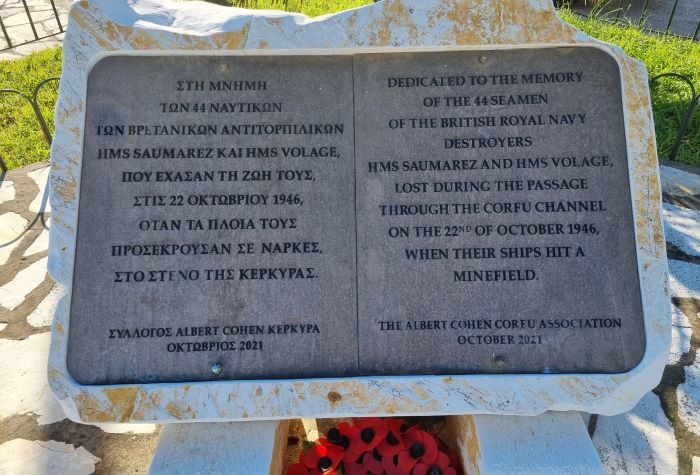 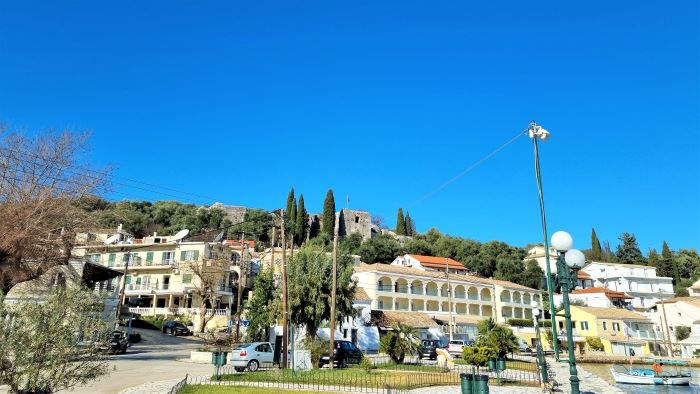 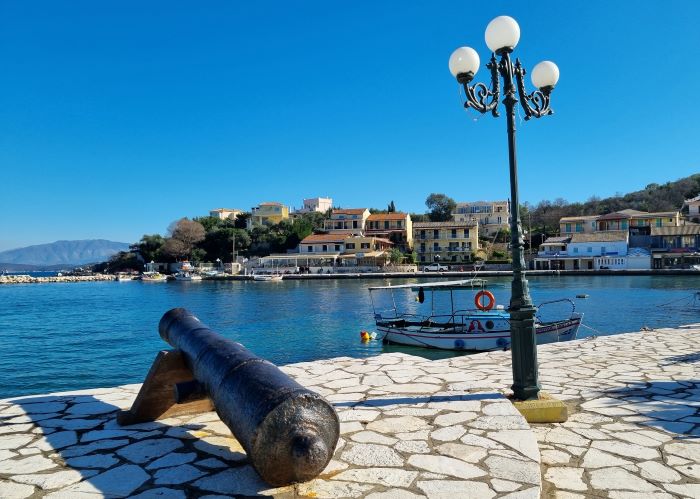 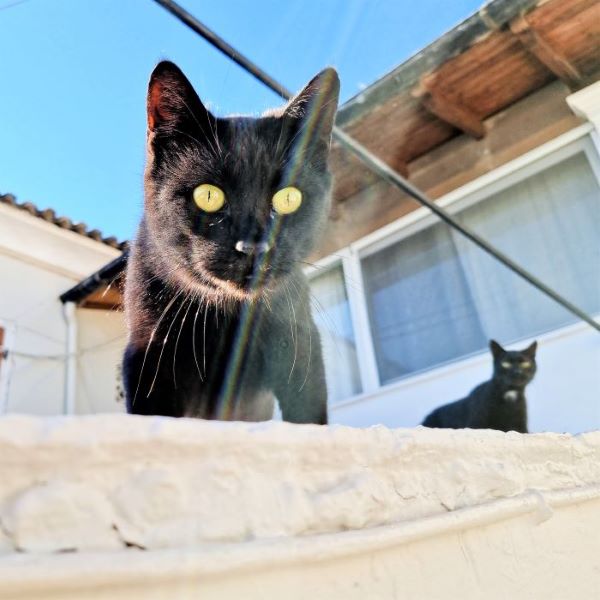